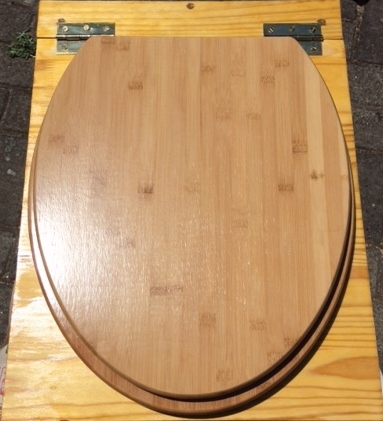 How do you feel about our current sewerage system? What part of this system respects nature? Why an eco loo?

The eco loo is not only sustainable but part of a regenerative solution. This compact toilet can go anywhere and be placed in any room. You don’t need any plumbing. It comes with 2 buckets of sawdust and you can use your waste and turn it into compost for your plants. This is a fantastic way to save water and to save the valuable nitrogen and other minerals that your body emits.

How does it work?

You sit on the loo and conduct business as usual. Once a deposit is made, you cover with damp sawdust. Light a match to burn excess methane in the air or use an air freshener. Close the lid.

No, not if you cover your business with damp bedding like saw dust, wood shavings or even shredded paper.

Excrement must be treated responsibly. The compost pile should reach a temperature of 62 degrees celsius for an hour or 43 degrees celsius for at least a month. Once all the pathogens are killed from exposure to these temperatures caused by the slow burn of decomposition and nitrogen content, the compost will be safe once it reaches a lovely black colour with an earthy smell. Click here for more information about composting and here for instructions on how to build a compost bin from pallets.

Why is this better than a conventional loo?

You can make your own compost and save lots of money while improving the soil and building more topsoil
You save huge amounts of water because there is no flushing
No embarrassing ‘plop’ sounds
No water splashes on your bottom
No toilet bowl cleaning required
If used correctly, no odour which is much better than stinky ‘Let it mellow’ in conventional toilets.

Unicorn Cafe’s toilets are made from wood, are very sturdy and come with your choice of toilet seats and wood finish.

A scoby can be used to make kombucha tea with either green tea or black tea and sugar. Kombucha tea contains beneficial bacteria, enzymes, amino acids, B – vitamins and sometimes vitamin C. If the tea is left to ferment long enough, it turns the liquid into a vinegar like substance which has other uses.

Scobys make more scobys which can also be used as microbial cellulose to make things. Here is an interesting video where a leather like material was made. We do not condone the use of beeswax but another vegan material could be used which has similar properties. This video is to show how easy it is to be experimental and we hope that it inspires some of you to try and make things from scobys.

AFRIKOA is the first bean-to-bar company in South Africa to produce chocolate made from cocoa sourced directly from African farmers. By trading directly with the farmers, Afrikoa ensures the freshest, finest-quality cocoa beans and empowers the farmers to create their own sustainable futures. Their cocoa beans never leave the continent, travelling just far enough to the southern tip of Africa, where their experienced chocolate-makers create the perfect chocolate bar.

While almost two thirds of the world’s cocoa is grown in Africa, most of it is exported to Europe and America where it is turned into chocolate before being returned to our African shores. Afrikoa believes in growing the art of chocolate-making within Africa and supporting the farmers and their local communities, which is why they have made a promise that their chocolate will always be made in Africa, for Africa, using cocoa beans that have never left the continent.

Afrikoa’s search for the best African cocoa beans led their Head Chocolate Maker, Antonino Allegra, to the small rural region of Kyela in Tanzania where he met two groups of passionate farmers headed by Castor Sanga and Simon Mwakyusa who were both frustrated with a system which left their hard work and excellent-quality cocoa beans with little reward. It was while sitting in a traditional meeting under the shade of a cocoa tree that Antonino realized the mutual benefit of simply buying the cocoa beans straight from these farmers.

Afrikoa believes that this partnership, which treats the farmers with fairness, dignity and respect, is the future of chocolate and one that also means you can enjoy their chocolate knowing that you are encouraging a sustainable future for these 60 farmers and their families.

Direct trade means that the cocoa beans are sourced directly from cocoa farmers, cutting out all the traditional middlemen, buyers, sellers and organisations that control certifications, all of whom add their own profit margins to the beans the farmers have worked so hard to grow. By trading directly with the farmers, Afrikoa ensures the finest-quality cocoa beans while the cocoa farmers earn 250% more than they would the traditional way.

Yet another benefit of direct trade is fresh cocoa; while the traditional cocoa bean trading system means that the majority of chocolate makers buy their cocoa from Europe, it also means that these cocoa beans sit in massive warehouses for months and lose valuable flavour. By trading directly with farmers, Afrikoa receives the cocoa beans within weeks of them leaving the farms in Kyela. Fresh cocoa beans are highly aromatic and packed with flavour and we believe that this is what makes AFRIKOA chocolate so unique.

Direct trade is certainly not the easiest route and Afrikoa have faced many challenges and gone to great lengths to do so successfully. While the process sounds simpler, removing all the middlemen also means removing traditional transport systems and starting from scratch. Often the best cocoa is grown off the beaten track and getting the cocoa beans from farmers in Kyela to the shipping port of Dar Es Salaam now requires a 12-hour journey by truck via dirt roads – a long trip that Castor and Simon take themselves in order to make sure their beans arrive safely and just one of the many examples of their passion and eagerness to empower themselves. At each step of the process, AFRIKOA provides them with support, knowledge and resources. While direct trade is a challenge very few chocolate makers undertake, Afrikoa believes in it because sometimes the right way isn’t always the easiest way.

You can order Afrikoa chocolate here 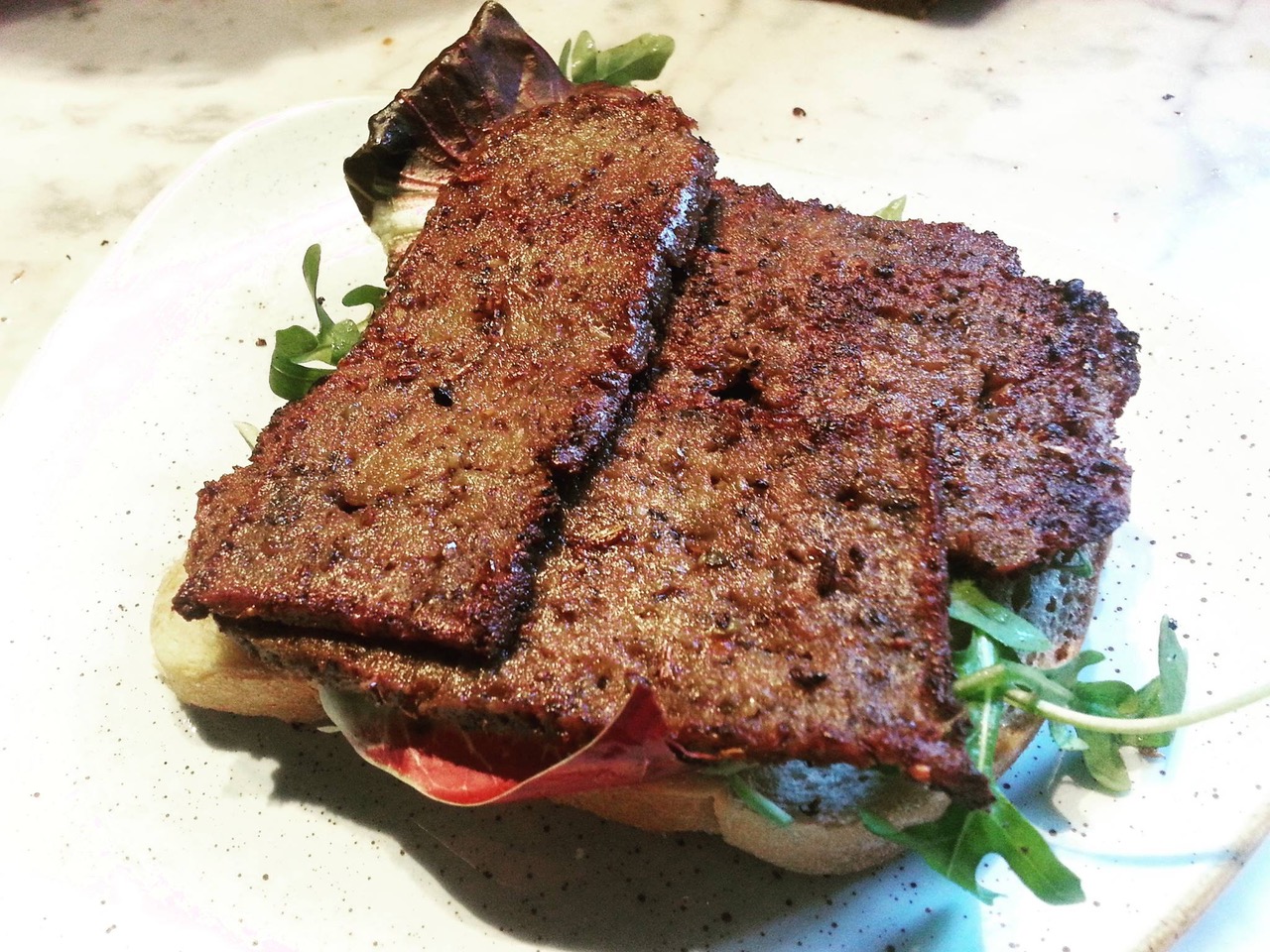 This seitan is superbly made and full of flavour. Easy and convenient to use, it can sliced up and added to almost anything. It transforms ordinary savoury sandwiches into gourmet creations and bulks up a good breakfast for those mornings when you wake up starving. These seitan rolls have many benefits which include: