Those bags that we can conveniently tear off a roll at the grocery store to weigh our fruit and vegetables in, is called single use plastic. This means that this plastic cannot be recycled and if it breaks, it cannot be used for anything else apart from filling an eco brick.
If you think of all the single use plastic that South Africans use every year, it seems to add up to quite a lot. Now think about how many people around the world use single use plastic and how much plastic that would be in a whole year. I find it quite a scary thought.

Unicorn Cafe supplies bags to use over and over again when buying fruit and vegetables in the grocery store. They are called fresh bags and can be found here. 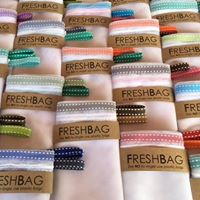 The Fear of Death

The fear of death follows from the fear of life. The man who lives fully is prepared to die at any time.

What 8 Afrikaburns Have Taught Me

Afrikaburn is in the Tankwa Karoo desert, 113km away on a dirt road in the middle of Calvinia and Ceres. The ground is stony, hard, with little vegetation and is far away from any town or commercial shop. Thousands of South Africans and people from other countries attend this South African regional event of Burning Man and when anyone enters a regional burn, they are said to leave ‘the deafult world.’

What does this all mean? Afrikaburn is special in many ways and most importantly, it is based on 11 guiding principles that make living in the harsh environment, a fun and learning experience. 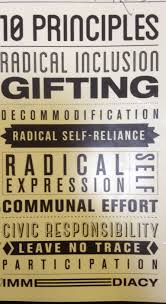 These principles are radical inclusion; gifting; decommidification; radical self expression; communal effort; civic responsibility; leaving no trace; participation; immediacy and each one teach one. We elaborated on our unique princicple of each one teach one here which featured in a previous newsletter and also featured an article on the communal effort principle here. 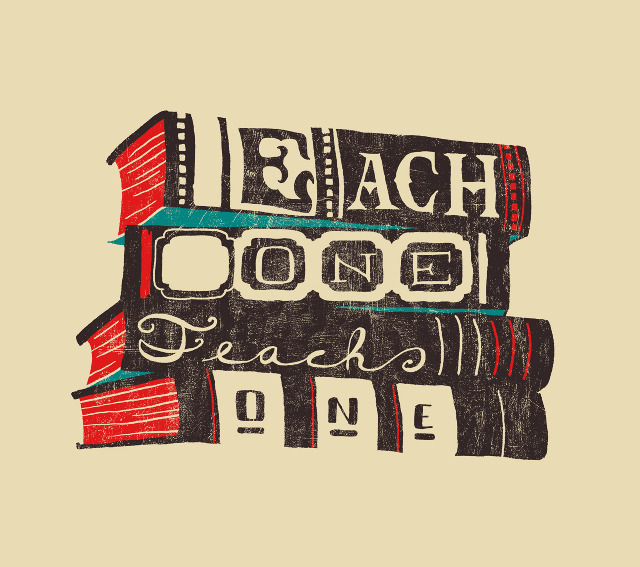 Here in our default world, we go to work, we eat and we sleep and if we want something, we can receive instant gratification either from having extra cash or taking a loan which is usually from using a credit card or making use of an overdraft. Our rules and laws come from a mix of authroities such as Roman Dutch and a common law system inherited by the British.

Many of these laws are put in place to protect people and property but their objectives are questionable. They have been shaped by a dominating religion of the time and economics. Many have been written with comnmerce and money in mind but lack respect for biodiversity of culture. They also lack freedom of fundamental rights and they lack the respect for mother nature.

Let me put this in perspective for you: In the deafult world, I am expected to be clothed at all times because without clothes, I am considered indecent. I may not subscribe to any religion and I might be proud of and love my body but because some religions viewed the natural form with shame years ago when laws were written, I am considered an indecent person when I do not have my clothes on. 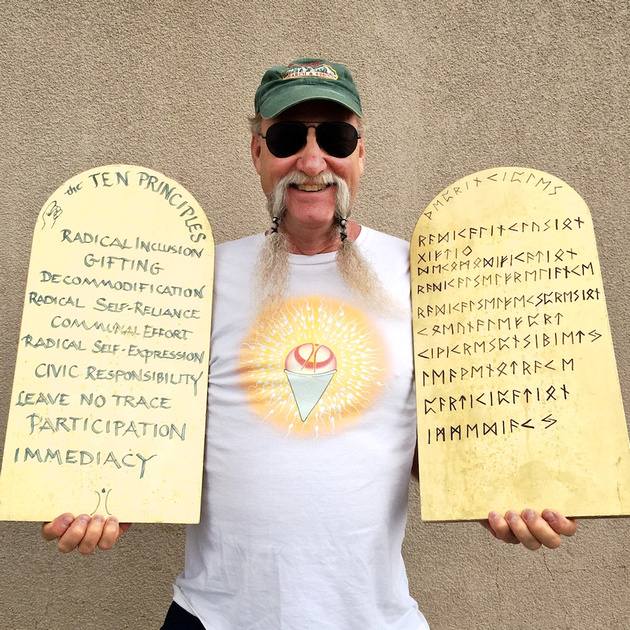 In Cape Town, it is now illegal to install and use a water tank without getting the city involved and ‘approving’ it. You are not allowed to live off the grid in many countries despite the environmental benefits. These laws are in place to control it’s citizens and make money off them. As long as you are dependent on a central source, the central source has control over you.

Afrikaburn is about radical self expression and radical inclusion.  I am free to be an individual and to celebrate and be who I want to be despite opinions. If I am not harming anyone, I am free to be me. 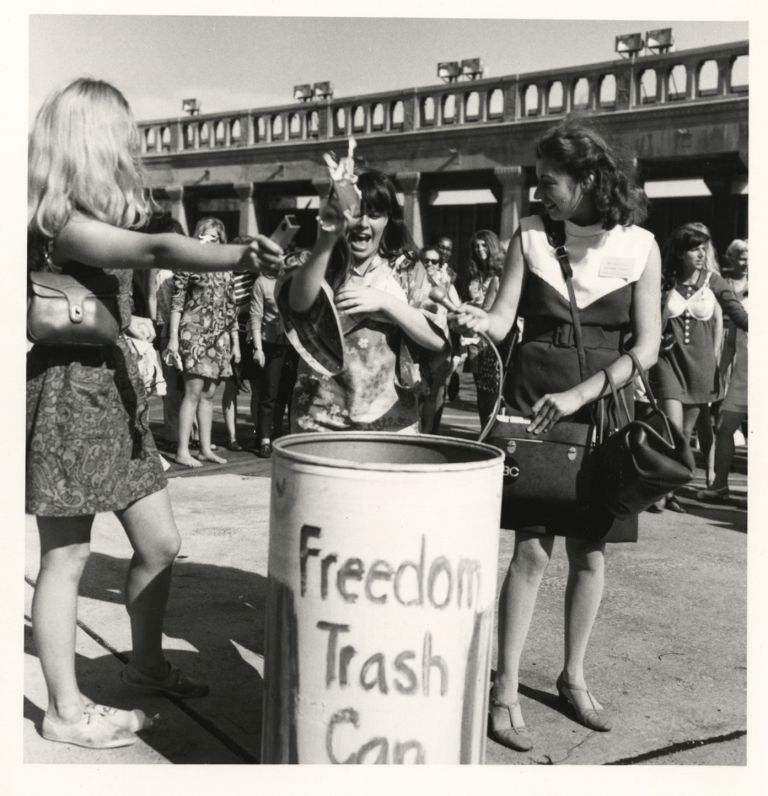 As a female, I am expected to wear a bra in public in the default world. I am grateful it is not a law however I can confidently gamble on the fact that I will not be hired, nor respected by most in the workplace if I do not wear a bra. At Afrikaburn, not only can I ditch the bra but I can wear whatever I want. A little or a lot but no feathers and no glitter.
Locally hand made items are encouraged. Cheap chinese products made with slave labour and a short lifespan, that end up on a dump, are frowned upon. The objective is not about judging people by how they express themselves or dress, but by respecting the environment and not falling into cultural appropriation. Feathers and glitter are aliens to the landcape of Tankwa Town and they blow  or rub off the garment and are very difficult to retrieve. They become matter out of place like many things in the default world.

If I have money in the default world, I can get almost anything I want without working for it. All I have to do is pay someone to do the job for me. That isn’t how it works in Tankwa Town. If you want a job done, then it’s up to you and your team to get it done. Radical self reliance means looking after yourself, valuing the items you already own and not being a burden to others by not preparing.

Nothing is for sale at Afrikaburn except ice and only ice. You may not advertise anything and you may not hand out samples for marketing purposes. This brings us to the princicple of decommodification. In the default world, when one gives something, there are always strings attached. I had to adjust to all the adverts on the radio, the aggressive advertising in the towns on the way back home and the constant feeling that everyone wants to get inside my purse for something. It felt a little overwhelming and tiresome. Afrikaburn is run on a gifting economy. When you give a gift, you expect nothing in return. There are no strings attached and you are able to enjoy the moment and the experience.

Civil responsibility is about being a productive, caring, responsible and a contributing member of society. When you go to the event, you realise that the magic you experience is because everyone did their part to create the environment you are in. You are invited to do your part too, to participate in what the environment becomes. We all do our part and care for one another.

Leave no trace is probably my best principle. When I used to work as a medic at events, I would often find lush green lawns at the beginning of the event and as the event drew to a close, the area was ridiculously littered with plastic and trash despite available rubbish bins and the education level of it’s patrons. It left a somewhat hopeless feeling. In Tankwa Town, things work differently. There are no bins and it is a leave no trace event ,and most patrons respect this valuable principle. Whatever they bring into the environment goes back out with them. The ground is as unlittered as it was at the start of the event. Volunteers even go the extra mile to sweep the landscape after the event, to pick up small pieces of matter out of place. Things like dropped food are picked up in the desert, where things don’t really biodegrade like they do in more conventional climates

Afrikaburn is, called by it’s organisers, an experiment and what I love about this idea is that some experiments work even better than how things work in the default world. Afrikaburn has proved that it’s patrons can and will respect the environment and take responsibility for their own trash.

I am grateful for writing about eco bricks in an earlier newsletter because we were able to bring all our trash home in a two litre coke bottle. In the years before, we always took bags and bags of rubbish back with us which was always a big mission to find space for, in the car.

Sometimes when I interact with ‘burner virgins’ in our camp, I get annoyed at their lack of team work. Some have the participation lesson inbedded and are ready to lend a helping hand and get involved as soon as possible, When I find the burner that has not yet understood the participation principle, I have to remind myself that 9 years ago when I attended my first burn, I was the same and that I only learned the value of participating much later.

For me, the secret here is to find a way to be useful. If something is happening around me, I will not just watch and spectate, I will participate even if it’s handing the next tool or supporting a corner of something being erected or directing traffic. Don’t watch people offload a vehicle, go lend a hand if you are not doing anything. We achieve being through doing.

The last principle I will ellaborate on is immediacy which is a little difficult to encompass but I will say that now is the time. Do not procrastinate, don’t say later or when they do it next time. The magic happens right now and jump right in. On Afrikaburn’s website, it is explained with these words:’ Immediate experience is, in many ways, the most important value in our culture. We seek to overcome barriers that stand between us and a recognition of our inner selves, the reality of those around us, participation in society, and contact with a natural world exceeding human powers. No idea can substitute for this experience.’

I find that when people incorporate these princicples into their daily living, they become better versions of themselves and the world becomes a better place. Some are little pushes beyond our comfort zone but isn’t that sometimes what we need to do to find adventure and growth?

I continue to leave no trace wherever I go, to participate, to get involved in community work, to lend a helping hand to a vulnerable or needy neighbour. I get involved with community events and particpate. Every now and then, I dare to go to the shops without a bra or wear something out of orginary just because I feel good in it no matter what other people think.

I teach wherever I have an opportunity so that we can evolve into a more compassionate species and I hold off on the procrastination. I often get a strange look here and there but I am true to myself. I get noticed by people that matter and I can only hope to inspire those who wish to live more freely and compassionately.

Now that I have become a burner even in the default world, I am looking for new spiritual awakenings and lessons to learn. I will search for magical places in nature to relax and find inspiration and spaces where I can express my creativity and self expression.

With the continued support of my customers, I hope to bring a space that respects these principles to the default world.

A thousand times we die..

A thousand times we die in one life. We crumble, break and tear apart until the layers of illusion are burned away and all that is left, is the truth of who and what we really are – Teal Scott